Parkinson’s disease (PD) is a neurodegenerative disorder with a long disease trajectory where the rate of disease progression strongly varies between patients. One factor that may partly explain this variation – and is a suitable target for treatment – is a patient’s cardiovascular risk profile. Previous cross-sectional studies have indeed shown an association between high cardiovascular risk and impaired cognition and balance in patients with PD. However, it remains unclear whether there is a causal effect, and whether clinicians should consider cardiovascular interventions in individual PD patients (e.g. statins, anti-hypertensive medication) to slow down the disease progression.

The aim of this project is to develop a decision support system that offers predictions of the causal effect of cardiovascular risk management (prescribing statins and/or anti-hypertensive medication) on long-term progression of Parkinson’s disease symptoms. Predictions will be tailored to a number of clinically recognizable profiles.

In order to use longitudinal observational data to build the underlying model, standard statistical methods are insufficient to address potential confounding. Instead, we will use various advanced causal methods to correct for time-varying confounding. These methods will exploit random variation in the decision to start treatment with statins or anti-hypertensive medication.

This project will result in a decision support tool that offers personalized predictions of the effect of cardiovascular risk management on the progression of PD symptoms, based on representative observational data. If clinically relevant effect are found, this tool may be used by neurologists as complimentary source of evidence in the treatment of patients with PD. In addition, it may contribute to the scientific basis for conducting more expensive randomized controlled trials.

BMI was the only cardiovascular risk factor that had a causal effect on Parkinson's disease progression (0.057 [0.014 – 0.099] extra points on the MDS-UPDRS part III score per BMI point, per year). These results could be reproduced on the Tracking Parkinson's cohort. The full results can be found in table 4.2 t/m 4.5 of this final report.

Although previous research showed evidence of an effect of increased cardiovascular risk on faster Parkinson's disease progression, this research showed that this effect disappears when confounding effects of for example age are taken into account. Only BMI showed a causal effect on the progression of Parkinson's disease. The estimated effect is 0.057 extra points on the MDS-UPDRS part III score of per BMI point, per year. The difference between someone with a BMI of 20 (normal weight) and someone with a BMI of 28 (overweight) is thus clinically important after 5.5 years (equivalent to 2.5 points) according to the model. This effect of BMI on progression was absent in healthy controls, suggesting a Parkinson's disease specific effect. It is not fully clear via what mechanism(s) this aggravation occurs, both increased inflammation and/or less brain reserve are possibilities. The feasibility of investigating the effect of a subsequent, clearly defined intervention on BMI (deliberate weight loss) using only observational data was also assessed. Even when appropriately accounting for time-varying confounding using G methods, we deemed the causal effect to be difficult to identify using the available datasets. Namely, Parkinson's disease progression is associated with weight loss itself which means that the weight loss we observe (less weight at t+1 than at t) is not necessarily the deliberate weight loss intervention we are interested in. This lack of successfully modelling an explicit intervention makes the implications for policy not fully clear. At the least, BMI seems to be a factor to consider in the disease prognosis. 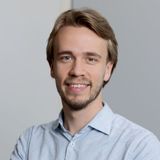 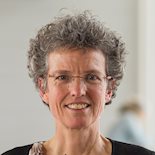 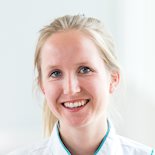 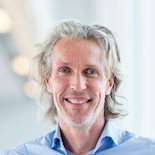 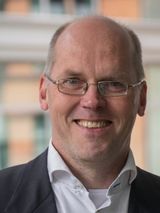